For centuries women have come together ‘in circle’ to share their stories, wisdom and support for each other. The tradition dates back to ancient times when the ‘Red Tent’ was the place where, with the waxing and waning of the moon, women gathered during menstruation. It was where they birthed their children, told their stories, and taught each other how to sew and cook. It was also where they taught each other the secrets of lovemaking and prepared the girls who were coming of age for the rites of sexual initiation.

It was a place where the sacred and everyday collided in the spirit of the Feminine.

Sacred Women’s Business* seeks to restore the tradition of the Red Tent and retrieve the lost wisdom of the Feminine and those who have trodden the path of womanhood before us.

In sharing our stories, we celebrate the collective desire for women to come together, to learn from each other, and grow through mutual support and understanding. We explore modern themes – like sex, relationships, motherhood, career, health and wellbeing, community, the environment and changing the world ­– through the filter of story, myth, spirituality, ancient traditions and ritual. In doing so, we give expression to our yearning and what women long for.

We also share the best feminist books, workshops, retreats and travel experiences for women with a longing to embrace the goddess, embark on the heroine’s journey and run with the wolves.

* In some Indigenous cultures, ‘sacred women’s business’ refers to the sacred lore/ law that underpins their spiritual beliefs and sacred ceremony. In no way does the name or content of this site wish to offend or undermine the meaning of those sacred beliefs and cultural practices. In fact, we hope we will have the opportunity to learn about many of those beautiful cultures and practices on our journey together. 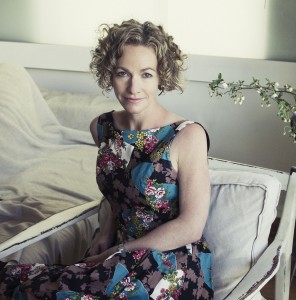 As the host of Australia’s YOGA TV (2012), Kris helped demystify Yoga by bringing it into the living rooms of mainstream audiences across the world. That adventure led to many others and now, through Sacred Women’s Business, Kris aims to share her passion for storytelling to inspire deeper conversations about what women yearn for.

Curious by nature, Kris’ interests span a broad range of topics including travel, mythology and spirituality, Eastern philosophy, health and wellbeing, the arts, business and international affairs, but what really makes her tick is people’s stories.

Through her own exploration into the mythical, magical and mystical realms of the Feminine, she discovered amazing women (and men) with wonderful personal stories, extraordinary experiences and deep wisdom that she wanted to share with the world. And so Sacred Women’s Business was born.

As a freelance writer Kris has written for body+soul (NewsLifeMedia), marie claire (South Africa), Australia Yoga Journal, Spa Life, MiNDFOOD, dumbo feather and holidaygoddess.co. She is also the co-author of ‘Strike a Pose: Yoga for Switched on Living’ (Pan MacMillian 2002) and was a contributor to the ‘Holiday Goddess Guide to Paris, London, New York and Rome’ (HarperCollins 2011).

In her ‘day job’ as a writer, editor and communications consultant, she works with strategic branding agencies – Generation Alliance and Citizen Group – in helping their clients ­tell their stories better.

Kris has studied Ryoho Yoga therapy and Zen Shiatsu with Andzej Gospodarczyk and Lisa Foster; and ‘Singing Over the Bones’ facilitation training with the author of ‘Women Who Run with the Wolves’, Dr. Clarissa Pinkola Estes.

She lives in Sydney, Australia.

[title maintitle=”Production Team” subtitle=”And where would we be without the support of the masculine? “]

David is the Director of Rocket Music – an award-winning audio production business based at Fox Studios Australia. As a sound engineer, music composer and musician, David has produced audio recording and musical scores for advertising, film and television. When he’s not running Rocket Music, he spends his spare time recording new artists and playing guitar for numerous bands around Sydney. Dave is Sacred Women’s Business’ No.1 sound engineer and editor. www.rocketmusic.com.au

As the audio engineer at Colorado-based multimedia publisher, Sounds True, Jeff has been in the recording studio with some of the greatest spiritual teachers and storytellers of our time including Thich Nhat Hanh, Jack Kornfield, Eckert Tolle, Pema Chodron and Dr Clarissa Pinkola Estes. Jack recorded and edited our first interview with Tami Simon, established the format for our interviews and provided invaluable support and advice in the early stages of Sacred Women’s Business. jefftmack@gmail.com

As a musician, Liam is the lead guitarist in Sydney rock bank, Spookyland, and a session musician and vocalist with Short Stack. As a freelance music producer, sound engineer and video designer, he works for marketing agency, Focus Creative, on creative projects for clients including Telstra. He also composed and arranged the background music for Sacred Women’s Business. liamgordonproducer@gmail.com
[/column]

Thank you to the beautiful friends, advisors and mentors who have provided the love, support and inspiration to bring Sacred Women’s Business to life.